Making Your Dreams A Multi-Media Reality 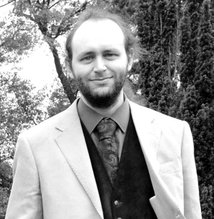 Philip Hewitson is a film maker, writer, and poet with a small production company ‘Tolivar Productions’ based in Carlisle. In December 2018 he helped put on a special 'SpeakEasy' spoken word event as part of Carlisle’s participation in the ‘FREIRAUM’ Project in collaboration with Goethe Institut, AWAZ Cumbria, ArtBOX.gr, and many others.

Along with several others he is keeping ’SpeakEasy’ going after the passing of Nick Pemberton who inspired so many people in Carlisle and further afield.